I will be posting a report here shortly on what I consider (perhaps I am biased) to be the most important workshop at IGF 2012 – Internet Governance & Sustainable Development: the Case of Small Island Developing States.

The Workshop was a Feeder Workshop into the Main Session on Internet Governance for Development (IG4D) held on Wednesday 7 November 2012.

Suffice to say, this Workshop attracted interest from only those who showed  interest in Small Island Developing States (SIDS). But who are these SIDS?

Here is the most recent listing of SIDS:

The Barbados Programme of Action (BPOA; adopted in 1994) which was further complemented by the Mauritius Strategy of Implementation (MSI 2005 and MSI+5 Outcome document), both recognised that despite being afflicted by economic difficulties and confronted by development imperatives consistent to developing countries generally; SIDS have their own peculiar vulnerabilities and characteristics. Such difficulties in the pursuit of sustainable development are particularly unique, severe and complex. 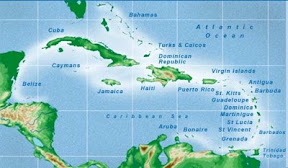 The following serves as an identification of some of the critical issues for SIDS:

These critical issues accentuate other challenges facing developing countries in general, for instance, difficulties in benefiting from trade liberalisation and globalisation; heavy dependence on welfare and external funding which can be easily impacted by global economic decline; energy dependence and access issue; the limited freshwater resources; limited land resulting in land degradation, which affects waste management, and vulnerable biodiversity resources.

Indeed, issues relating to and resulting from the marginalisation of SIDS from the international Internet Governance (IG) debate are increasingly becoming critical as the Internet Governance (IG) agenda and discussions evolve and move rapidly forward to conclusions. Being so widely dispersed and twinned in regions with larger, more developed neighbouring countries means that such discussions pass without the meaningful input of the 52 SIDS.

This is due in part by lack of capacity and in part by their minority voice in the regions identified. On the path to the June 2012 UN Conference on Sustainable Development (Rio +20) and leading to WSIS +10, a comprehensive SIDS position on Internet Governance issues is required, at all levels including Governmental/Public Sector, Academia, Private Sector and Civil Society.

The IGF 2012 Workshop attempted, for the first time, to co-ordinate the SIDS IG Agenda and to address the potential impact of IG issues on human, social and economic development within the SIDS.

The Workshop took the form of an interactive session with representative Workshop Panelists from the SIDS regions as well as stakeholder organisations and addressed: